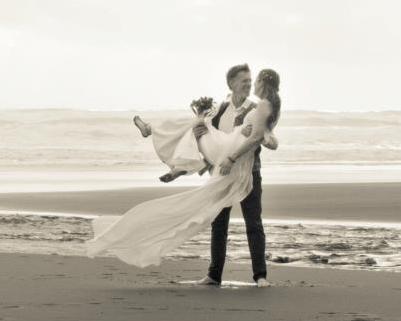 The 'back story' to our wedding, of course involves Koby.  His first 'birthday' was looming ... a year since we lost him.  We'd had many challenges during that year, more than we could cope with at the time.  We were struggling, not being able to get pregnant again.  Trying to reconnect.  Trying to see a way forward.  November, Kobys birth month, was a huge dark cloud and we were both scared of it.  It seems strange to say we were scared of a certain date, but we were.  Fertility treatment was exhausting.  Grieving was exhausting.  It felt like everything was leading up to his birthday.  It does every year.  But that first year, we didn't know what to expect.

We decided we needed something good.  Something about hope and love and happiness.  We decided to get married.  I'd been married before so didn't want anything big ... we wanted something personal.  So Paul joked, lets see if we can do it for $1000.  And so it began.  Oh, did I mention - I actually proposed.... hid this for him to find! 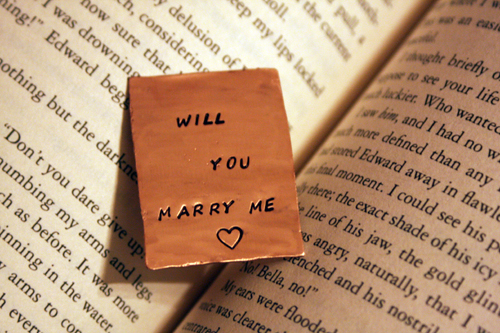 Cost $0 (I made it myself from upcycled copper from our bathroom renovations).  Copper (my favourite), handstamped (my new favourite at the time), and fun.

So then the planning began - we also made it interesting by only giving ourselves a few weeks to organise it!!!  We made the decision to 'run away' to the beach for the ceremony and then have an 'after party' the next day.  We set a date of 5 October 2012.

I (and when I say I, I mean we - but mainly me), had to make some compromises.  I wanted white sand .... and sunset.  However that was not to be, so I settled for black sand - which was ok cos I LOVE Raglan!  And if there had been a sunset we wouldn't have seen it due to the rain, so it didn't matter that we were on the wrong side of the country for the sunset over the water.