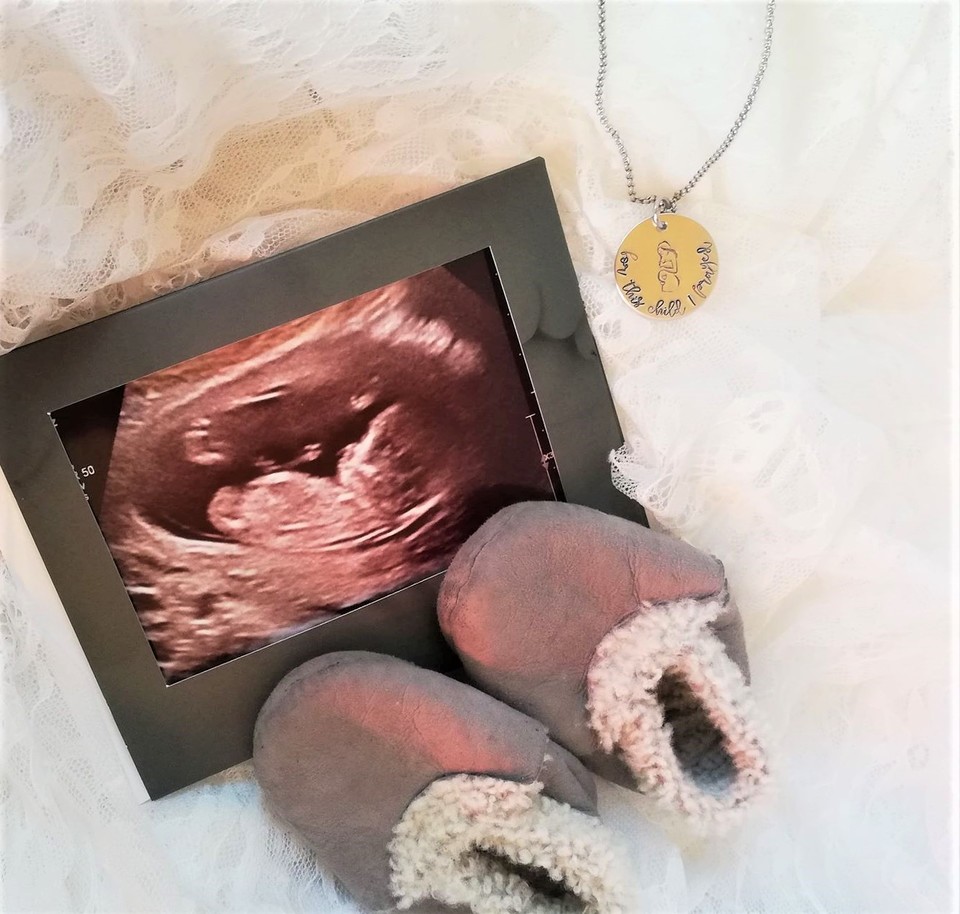 My first child, I had conceived a few years earlier, first try and I assumed, naively, that this would be the case again, despite the fact I was obviously older.  Media shows women waiting later and later in life to have babies, my first I had at 33 and was considered a 'geriatric pregnancy' then which I still remember laughing at... thinking women have babies much older than me 'all the time'.  After a few months, and turning 40, decided I'd venture to my GP who basically said 'you are old, you'll probably need fertility treatment to conceive - you've probably only got around a 1% chance naturally', and also that due to my age and the fact that we already had children, there would be no funding available.

We decided we didn't want to become 'that couple' and that we were happy with the 3 we had.   Fast forward a few months and I found myself pregnant !  I couldn't believe it !  Beyond excited and amazed, our little miracle.  Sadly, if you've followed my story / page at all you'll know that Koby was born sleeping just over 6 months into my pregnancy.

After Koby, I was thrown into a world of grief, a world I didn't understand or even know existed.  All I wanted was my baby, then all I wanted was another baby.  I knew what it felt like to be pregnant again and that excitement of knowing I was going to have another baby, and then having it taken from me - a 180 degree turnaround happened and I KNEW that I had to keep trying, as did my husband.

Once we got the 'all clear' to try again, we turned to Fertility Treatment.  Tests revealed my egg supply was low (due to my age - 41 1/2 now), and that IVF would have only a minimal greater chance than IUI (intra uterine insemination).  As IVF was about 5 times  the cost of IUI we decided we've rather have more tries than put 'all our eggs in one basket' so to speak.  All I wanted was a baby, it felt like my only way forward.  I knew I may not get what I wanted, but I also knew I had to try.  Naturally we had 'less than 1 % chance, like 0.01% - it just won't happen' ... IUI they advised put our chances at around 5%.

The first cycle, so many blood tests, so many needles.  My veins have this thing where they just disappear.  Some days I'd be over an hour trying to get the blood out ... I'd be walking around the block, doing star jumps, running my hands under hot water .. different staff would try, they'd end up doing thumb pricks, or a lure in my hand ... I was late to work many days.  Then, I had to inject myself.  In my stomach.  The first time, it took me half an hour to make myself do it and I was in tears at the thought of pushing this needle into my stomach.

This time was in fact the easiest, because we were 'doing something'.  I inject myself to trigger ovulation, then blood tests to confirm the best time, then 'sperm collection', cleaning it all up and removing all the slow guys, and then the actual procedure to get everything in the right place at the right time ...

Then the hard part.  The two week wait.  It's basically spent wishing time away and analysing every single thing you feel.

Then the hardest part.  Your period arrives.  You don't even make it to the day when they test.  Or even harder, you are a day or two late and allow yourself to feel the excitment of possibilites.

We decided we would do 3 cycles.  They cost (then) $3 - $5K depending on the drugs required, some cycles required more.

The first 3 cycles were all filled with hope.  We were told that 4 was often the magic number.  So up until that point, it was hard, but we still had hope.  We decided we'd do 4.

Then we decided we'd do 6.  It was exhausting, stressful, hard on my body, disruptive to our lives, all consuming and just really really hard.  Every cycle ended in tears.  Every cycle ended in maybe we should stop.  The hardest thing, was losing hope.  Not allowing yourself hope in case you were hurt again.  Then as the day gets closer, that little bit of hope starts to creep in when you feel something, or dont feel something .. then that hope gets crushed yet again.  And you wonder why you are putting yourself through all this.

We had another appointment to discuss options.  I was another year older.  I had even less viable eggs.  They said legally we can continue through to 12 cycles, then no more.  We decided to do all 12, at least that way we would know we did all we could, and it just wasn't meant to be.

Cycle 7 ended early when the universe laughed at us and my period arrived several days early.  Earlier that week I had decided to resign from my job and concentrate on KJdesigns which I'd started a year earlier.  I decided I needed a break, and we put off Cycle 8 for a few months just to allow my body and our minds to have a breather.  I started accupunture.  Worked on my business.  Got pregnant.  That very next month.

It still blows my mind.  We did 7 cycles where everything was exactly where it should be to conceive that all failed, and then somehow, not even trying managed to get pregnant... 0.01% chance !!  I didn't believe it, and cos I knew all the numbers, also knew that 25% of pregnancies end in the first 12 weeks ... also knew that babies can die at 6 months and every gestation.  Perhaps being pregnant after loss and fertility treatment is even harder than the treatment.  I was pregnant for something like 509 months .. and after lots of monitering and a scare around 18 weeks, steriods coming up to 24 weeks 'just in case' I was induced at 38 weeks 'because the risk is too high because of your age if you go past 38 weeks' ... my miracle arrived !

I know I am lucky, and my story with infertility ended with a baby, and many won't.  But looking back, the one thing I would change ... don't give up on that hope.  Not having hope didn't make those cycles easier.  Perhaps having hope, but also being realistic might be a happy medium of trying to protect yourself against the result you don't want.  But hope is what keeps us going, hope is what makes us smile along the journey.  I was on the right side of 0.01%, it can happen x