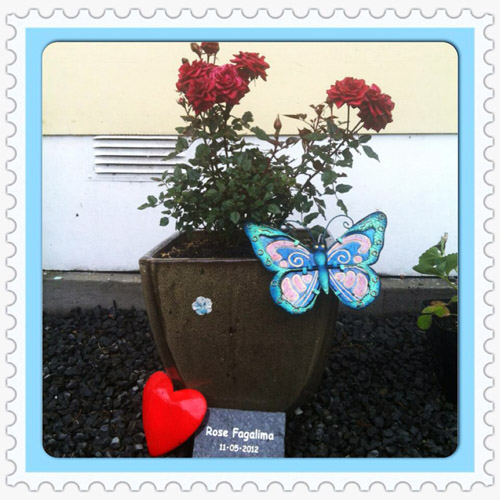 Just like anyone who has never felt the loss of a child, my husband and I went into trying to conceive naive and excited thinking that once we managed to see those two lines on a test that 9 months later we would be cooing over our little bundle of joy but boy could our story have ended any differently.

It all began in 2011 we were married in the November and decided to try straight away for a baby of our own, in February 2012 those 2 lines appeared in front of us and tears of joy flowed like a river from my eyes...  It was real, my dream had always been to marry and have a baby by the time I was 30 (I was to be 30 the May of 2013) and it was coming true.  I went through the first 12 weeks like any normal pregnancy, I had the extreme fatigue, the morning sickness all of it, I felt my tummy start to bloat and my mind was racing ahead to feeling kicks and getting a big bump, little did I know those dreams would start to crumble at our 12 week scan.

All of the radiology clinics were busy, our scan date got pushed out to closer to 13 weeks however reaching that 12 week mark without any significant events my husband and I felt "safe" to share the news and scream from the rooftops we had a bundle of joy on the way. At our scan we could see our precius bundle bouncing around, sucking her thumb and waving to us.  As the sonographer continued things got silent.  The silence I will never ever forget, then she broke it with the news no parent ever wants to hear.  Our baby had something wrong, her nuchal measurement was extremely high (off the chart high) and her lungs weren't forming and they should, and that was it.  We were left to up and leave and go away with no further answers.  I walked out the door crying, no actually bawling.  What was wrong with my baby, why had this happened to me.  We had to wait for a specialist appointment for any details. 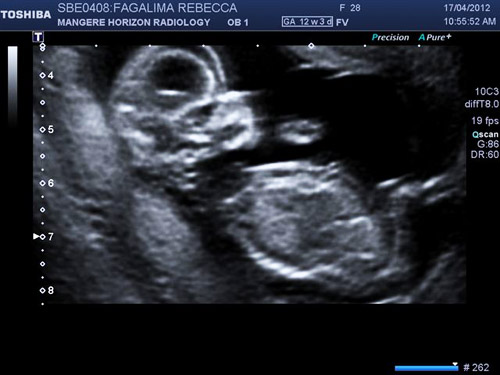 Finally the appointment came when I hit 14 weeks, we went in to the appointment scared, terrified of what the outcome would be.  I had an in depth scan after which the doctor explained that our baby could have one of 4 chromosomal abnormalities, two of which we incompatible with life and the other two she could survive depending on her complications, one of the latter two was Turner's syndrome.  She explained that our best chance to figure this all out was to have a CVS done to check the babies chromosomes and then once the results were back we could plan our next steps.  A week Iater I was 15 weeks and the results were in.  The doctor explained that our baby was infact a girl and she had Turner's Syndrome, she only had one X chromosome instead of 2.  My heart felt relief, my baby could survive this, sure she would be different and have issues but after my week of becoming a google expert I knew she could survive.  But boy was I wrong, her lungs weren't forming as a result of severe fluid retention in her body and she only had a 5% chance of making it to full term, on top of that my body could also mirror her complications, putting my own life at risk.  My husand and I knew what we had to do.

We made a plan to set our sweet baby free, to send her off to the angels and free from pain.  We went away that day about to celebrate my birthday but decided to book into the hospital for the induction the Friday before Mother's day.  I didn’t want to be pregnant that day. So the time came and I was admitted to be induced.  The social worker visited and gave me an information pack, this contained what was Sands (now Baby Loss NZ) information, however my head was not in a space to read it so I pushed it aside only to read it days later (which I now regret as it meant we missed out on something that we could have cherished forever, more on that soon) as the day passed the induction kicked off any our precious Rose was born at 3:15pm.

She was tiny and perfect :

She was tiny and perfect.  Sure her complications were evident but she was our precious girl.  Her beautiful hands and feet are a sight I will never forget.  At first I wasn't sure what to expect and what she would look like only being 16 weeks but she really was just a miniature baby.

The bereavement team came in and dressed her for us, they explained that due to her size prints and casts would not be possible so we were sent home with our daughter and didn't think anymore of it.  We buried her the following day in a beautiful pot and covered her with a bright red rose.  My innocence was officially taken away from me, I was now living in a dark world, a world that was tainted with loss, and jealousy for every woman who had their baby in their arms, a world that would never ever be the same again. 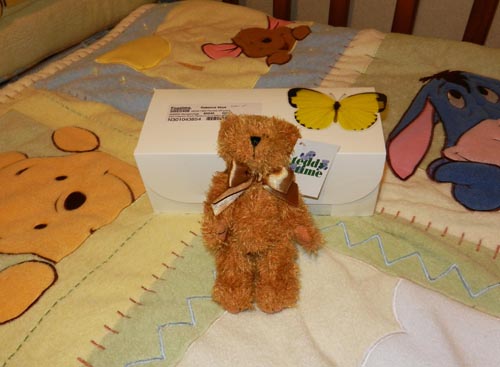 Finally I picked up the Sands brochures.  I read them and I wished and hoped that we could have been blessed with the tangible memories that they offer, but that wasn't possible. Or so we thought.  I contacted the wonderful Sarah as I knew I needed to talk, I needed to be around people who knew what I was going through, I needed to feel a part of something and not alone.   Upon meeting Sarah, she told me about how the casts actually would have been possible, they had just cast a baby who was born at only 12 weeks, but there was issues with communication at the hospital which were rectified literally the week after we had our baby girl... It hurt me to know we had just missed out, had I have carried her a little longer we would have had something of hers to hold.  Sarah was amazing,  she inspired me to help others dealing with loss and I joined the committee and began contributing my time to help others in my situation which in turn also healed me.  I helped cast other sweet angels and I felt a sense of achievement knowing that my angel, although she had left a deep hole in my heart gave me a sense purpose again in my life.

I continued on my journey helping others grieve while also grieving myself and then 6 months later my husband and I decided it was time to try again.  We were pregnant the first month but miscarried 6 weeks later.  My world fell apart and I started to question if I was supposed to be a mother.  In the meantime my 30th birthday had been and gone, I was spending my spare time with Sarah casting angels and living my new life.  The casting work that Sarah and her team at Baby Loss NZ do is something that is so priceless, it allows families that experience loss have something tangible to hold once their babies have passed.

Fast forward to 2016 and I now have a beautiful 2 year old rainbow baby Ashlyn-Rose who is my pride and joy but I will always be a mother of 3, a mother who has two angels flying free, a mother who is no longer innocent, a mother who is tainted by a pain no mother should ever feel. 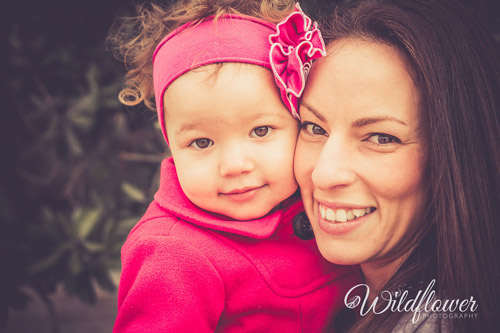 If you would like to be involved in this fundraiser to help Baby Loss NZ with their valuable work, please click the link below.